On Friday 22 June 2012, the National Council of Bhutan unanimously enacted the Alternative Dispute Resolution Bill. As a result, the Kingdom of Bhutan joined the group of jurisdictions with a mediation/ADR-friendly regulatory framework. 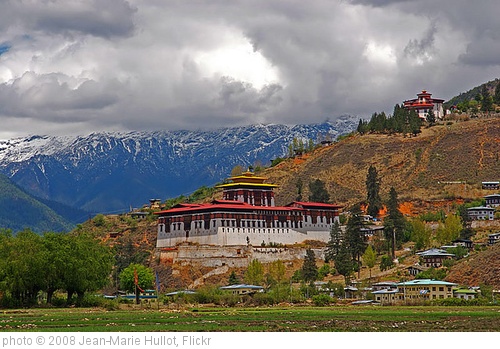 Bhutan is a small country, located on the southern slopes of the eastern Himalayas, populated by only approx. 700,000 people. Bhutanese tradition is deeply steeped in its Buddhist heritage. In recent decades the country has made impressive gains in human development (UNDP’s Report), and was even rated by Business Week the happiest country in Asia and the eighth-happiest in the world. Bhutan completed the transition from absolute monarchy to constitutional monarchy, holding its first general election in 2008.

According to Lonely Planet: “Bhutan, the Land of the Thunder Dragon, is no ordinary place. This is a country where buying cigarettes is illegal, where the rice is red and where (…) Gross National Happiness* is deemed more important than Gross National Product”.

The Alternative Dispute Resolution Bill consists of 13 chapters and altogether 183 articles. Similar to the 1996 Arbitration and Conciliation Act of neighboring India (Bhutan is strongly connected to them) as well as some ADR statutes in other jurisdictions, the Bill regulates both arbitration and mediation.

The first Chapter includes some introductory provisions, and the second calls into existence the Bhutan Alternative Dispute Resolution Centre, as “an independent and non-governmental body”. The Chief Administrator of the Centre is appointed for five years by the National Judicial Commission.

Chapter XII pertains to mediation and “negotiated settlement”. The following matters are explicitly excluded as being subject to negotiated settlement (Article 166):
– insolvency and winding up,
– taxation
– other matters that are against public policy, morality or any other existing provisions of the law in force in Bhutan.

Article 167 resembles to some extent Article 13 of the 2002 UNCITRAL Model Conciliation Law, and states that “during the negotiated settlement proceeding, the parties shall not initiate any arbitral or judicial proceedings in respect of a dispute that is the subject of the negotiated settlement process. Provided that a party may initiate arbitral or judicial proceedings, where in his or her opinion, such proceedings are necessary to preserve his or her rights.”

The role of a neutral is interestingly described in Article 173 which states that “any person who facilitates conciliation, mediation or other forms of settlement of dispute:
(1) Shall not impose his or her views or solution to the parties;
(2) Shall assist and facilitate the parties in an independent and impartial manner in their attempt to reach an amicable settlement of their dispute; and
(3) May explain to the parties the merits and drawbacks of resorting to the formal legal proceedings.”

The Bill provides also for rules on, inter alia, safeguards of confidentiality (Article 170) and enforcement of settlement agreements (Article 178).

The recent developments in Bhutan well illustrate the ubiquitous and universal nature of mediation, and also – a much more recent phenomenon – of its legal regulation. There are hardly any spots on the world map where mediation would be unknown and… unregulated.

Dispute truly Himalayan geographical, cultural and political distances, the Bhutanese ADR law appears principally consistent with e.g. the 2008 EU Mediation Directive. Yet one should add that Bhutan is not a random place for mediation. Could the concept of “gross national happiness” actually work without amicable dispute resolution?

* The term “gross national happiness” was coined in 1972 by Bhutan’s fourth Dragon King, Jigme Singye Wangchuck, who introduced the country to the age of modernization.