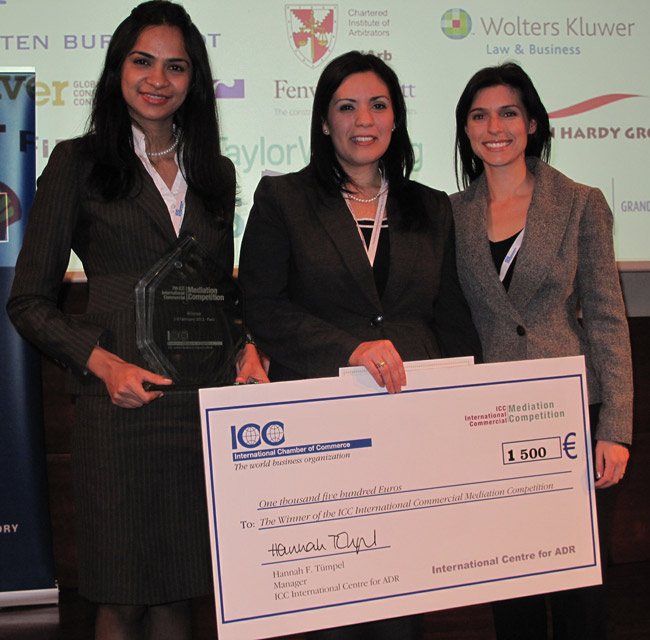 It´s about the students and they did themselves proud with South Texas College of Law taking out the magnificent glass trophy – goodness knows how they got it past security at Charles de Gaulle.  Bar Ilan University (Israel) was runner up and there was not much in it.

The beautiful people of the mediation world were gathering in the cold of Paris, wonderful mediators at the top of their game like Bill Marsh, Michel Kallipetis QC, Phillip Howell-Richardson and Nicholas Pryor and Amanda Bucklow from the UK and Ronnie Austin from the Paris office of Clifford Chance.

This neutral was honoured to mediate the final at La Maison du Barreau on the banks of the River Seine last Wednesday.

On the day of the final I lunched lightly and walked the three kilometers to the venue into a chill headwind, passing my favourite cafe on the corner where I spent an enjoyable coffee or two with Bill Wood during the preliminary rounds, crossing Place de l’Alma where the world lost a much loved princess during the early hours of Sunday, 31st August 1997 and up along the river to Pont Neuf.

But it gave me time to think – how to approach this? It´s different from real life mediation.

It is not about getting a deal, it´s not even about leaving no stone unturned in the quest for a real life resolution – it´s about letting the students shine, giving them a platform to demonstrate their skills and intervening not too much, not too little – rather like operating in the Goldilocks Zone – active enough for the judges to see those skills but not bouncing off the walls and stealing the show. That means a light touch and sitting back from the table for much of the time which is a hard ask for this mediator because, love it or hate it, I´m up close and personal in most mediations.

Both sides had very limited time to prep having come through the semi finals only that morning – they had mediated every day for the past 4 days and were tired – we all were, with the fever of the preliminary rounds and the wonderful grand dinners and cocktail parties behind us, we were now in harness.

We all had the common facts and each side had their own confidential facts they kept to themselves and only shared at their discretion during actual play. We met in a room behind the stage, they were nevous and I reminded them they were already winners and gave them my ´this is an oral sport´ speech to try to get them off their papers and the juices flowing.

We all agreed it would just be the five of us up there and not the couple of hundred people watching – I reminded myself that the judges were scoring the players not the mediator – it didn´t help but Leonard did;

Ring the bells that still can ring
Forget your perfect offering
There is a crack, a crack in everything
That’s how the light gets in