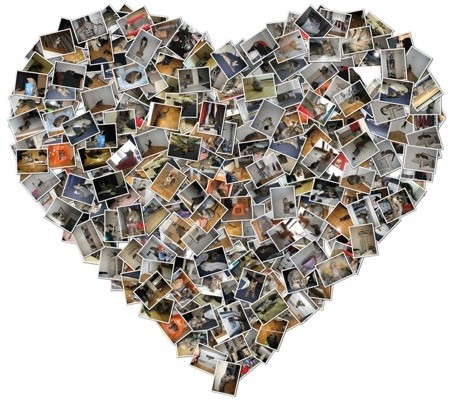 In the last year I have had the privilege of joining a group of mediators for their monthly CPD (continuing professional development). We are all loosely in the commercial sector, which can include workplace, family business and public sector disputes. This being Scotland (see previous posts on judicial resistance to mediation) no-one is making their entire living from mediation, but it’s a pretty experienced group. We have recently had the sessions facilitated by a coach, who introduced us to the ‘7-eyed model’ of coaching (for a fuller explanation see http://www.coachesplus.com/articles/20080503_1 ). I don’t intend to go into the detail of the model, which is a very good one. What is more significant for this blog is the inspiring quality of these discussions.

There is something fascinating about the choices mediators make. Like improvisational theatre, we are alone in front of the audience with only our instincts to guide us. That, of course, is what makes it so exciting. So it was a particular delight last week when we took the time to focus in on one mediator’s choices when faced with clients whose relationship had soured. Rather than re-tell the story, I want to share some of the pictures that seemed to emerge from our conversation, much like crystals emerging from a murky solution.

First up was a familiar one: ‘when the problem is not the problem’. Imagine two people in dispute. The mediator applies her model scrupulously. She identifies the issues, explores them, helps develop options and eyes up solutions. But no sooner is one issue resolved that another pops up. Or, in its most disheartening form, a venomous argument breaks out which seems to unravel all her hard work. Finally, the mediator tries something different, and it works. How amazing. What instinct led her there?

In a sense this is the same as the old joke about always finding things in the last place I look. Of course! Why would I keep looking once I’ve found them? And so it is with mediators. We try one thing, then another, and so on until we have exhausted our repertoire and can finally try some interesting moves. Our colleague, and a number of others, agreed that there is something strangely liberating about being ‘stuck’ in mediation. That’s when you can really follow your nose and try something new.

And what did she do? Told a story. Here is the second image: the mediator as modern practitioner of an older tradition, the storyteller. In some cultures, when you tell someone your problems, they don’t offer a solution. Rather, they tell you a story. And in the oblique light offered by that other perspective new insight appears. It is as if the person’s thinking loops off in a wild orbit, coming back around to the issue only occasionally, moving the listener incrementally closer to wisdom.

Rather marvellously, in this case it worked. Instead of continuing with problem-solving, she simply told a story about peacemaking, and the parties sorted things out themselves. So what’s going on? This takes me to a third picture, which needs a bit of context. I once suffered from a bad back and went to see someone called a ‘Bowen practitioner’. I know very little of the Bowen technique, but the explanation I received was that it stimulates the body’s own healing capacity, much like homeopathy. So, after duly preparing me, the practitioner gave me the very lightest of touches and left the room. And the healing began.

And so it is with this mediator’s move. She gave the problem and the people the very lightest of touches and let the system’s own energy resolve things. As Geoff Sharp wisely reminded us in response to Rick Weiler’s recent blog: if the mediator is the one working hardest at solving the problem, there’s something wrong. To return to my earlier theme, though, it’s not any old move that will work. This requires instinct, timing and confidence: the confidence to sit in silence once you’ve said your piece, and let things take their course.

Another metaphor: mediation is not classical music, it’s rock’n’roll. What makes great rock’n’roll music is its limitations: these guys didn’t know as many chords as the jazz people, nor as many notes as the classical players, but it’s visceral stuff. And so with mediation. We bring our limitations to the table, but we hone our instincts until they tell us the right thing to say at the right moment. I am not saying that skill doesn’t matter. People practice rock’n’roll. But sometimes the simplest thing is the best.

My final image comes from a piece of academic writing. US academic Ellen Waldman wrote about the role of social norms in mediation: social norms being the rules that tell us what is and isn’t acceptable, including but not limited to the law (Ellen Waldman, Identifying the Role of Social Norms in Mediation: a Multiple Model Approach, 1997, 48 Hastings Law Journal, 703-769). Her elegantly simple scheme suggests three approaches to social norms among mediators: norm generating (it’s up to the parties what norms guide their decisions); norm-educating (the mediator provides guidance on social norms, but it’s up to the parties whether they adhere to them); and norm-advocating (the mediator provides guidance about the applicable norms and insists that they are incorporated into any agreement).

In the case in question, the mediator’s story pointed towards the possibility of apologising. Prue Vines argues that apologies reinforce the norms of civil society (Vines, Apologies and Civil Liability in the UK: a View from Elsewhere, Edinburgh Law Review, 2010, Vol.12, 200-230). So, why shouldn’t mediators perform a ‘norm-educating’ role in relation to apologies? In effect this is what the mediator did. She told a story about how hard it is to make peace. This informed and educated the parties about the social norm of apologising. One of them then chose to follow this norm, leading to a dramatic change of atmosphere and cooperation.

So, from a well-led coaching session with a group of experienced practitioners I got five pictures: finding things in the last place you look; the mediator as storyteller; mediation as ‘Bowen’ technique; mediation as rock’n’roll; and norm-educating mediators. It pays to take the time to thin-slice our work.