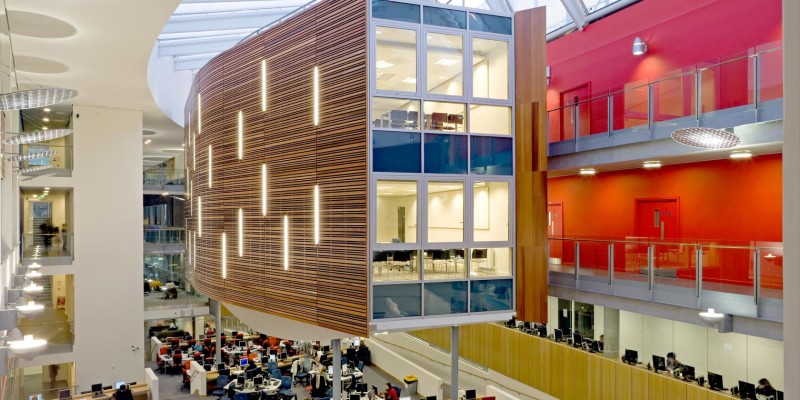 “Patients don’t expect doctors to be perfect. They do expect them to strive for perfection by opening up their work to scrutiny” Atul Gawande, Desert Island Discs, BBC Radio 4, 6/12/15.

A bit of a treat for me last week, when four of my favourite academics came to Edinburgh. They were keynotes at Mediate Scotland 2015, a two-day conference hosted by Queen Margaret University and the Scottish Mediation Network. All had a great deal to teach us.

From Tamara Relis we heard about the ‘parallel worlds’ of lawyers and their clients in Canadian medical negligence mediation, with lawyers focusing on monetary negotiation and case evaluation while parties sought communication, explanation, apology and the other side’s perspective (see Relis, Perceptions in Litigation and Mediation: Lawyers, Defendants, Plaintiffs, and Gendered Parties. Cambridge: Cambridge University Press, 2009).

From Liz Stokoe we learned a crucial lesson: mediators don’t know what they do right (and sometimes wrong). Potential clients have little interest in mediation ‘philosophy’ (we are neutral, independent, confidential, etc) but respond enthusiastically to an invitation to meet real people. And yet mediators keep talking about the former. Why is this? Liz raised the challenging possibility that role-play based learning could reinforce unhelpful practices (see Stokoe, ‘Overcoming Barriers to Mediation in Intake Calls to Services: Research-Based Strategies for Mediators’ (2013) 29 Negotiation Journal (3) 289-314).

Ellen Waldman outlined her insightful taxonomy of mediators according to their approach to social norms, giving us ‘norm-generating’, ‘norm-educating’ and ‘norm-advocating’ styles (see Waldman, 1997. ‘Identifying the role of social norms in mediation: a multiple model approach’ 48 Hastings Law Journal 703–769; and http://kluwermediationblog.com/2013/08/12/has-the-evaluative-label-outlived-its-usefulness/ .

All were great and I encourage readers to investigate their work. For me, however, the conference’s most arresting moment occurred during Ken Kressel’s presentation on the ‘strategic style’ (see Kressel, 2007. ‘The Strategic Style in Mediation’ 24 Conflict Resolution Quarterly (3) 251-283). In both a keynote and workshop Ken showed us an example of an expert mediator. As this research has been in the public domain for decades, I can name her: Fran Butler was filmed conducting a 12-minute simulation of court-annexed divorce mediation in New Jersey. Ken asked us to analyse her work using the ‘Reflective Observer Role’ he has developed over 40 years of mediation research.*

I scribbled away, noting both verbal and physical moves. I honestly thought she was really good. Of course everyone is different and I might not have done everything she did. But having mediated separation and divorce for over twenty years I recognised most it and appreciated what I didn’t.

The way I saw it Fran had worked out within 5 or 10 seconds that the parties were poor at problem-solving (they shouted each other down and didn’t listen); she therefore adopted the role of problem-solver, leading the conversation along a path I assume she had hypothesised was useful. She spent 7 of the 12 minutes asking the mum to wait while she pursued a conversation with the dad regarding his lack of information about his children. She used probing questions and summarised what she was hearing. She then focused intently on the mum’s perspective for about a minute before returning to the dad. She made a few highly directive moves: a leading question (‘could you maybe ask the children?’); predicting the court’s lack of interest in providing a judgement on the issue of what one parent tells the other; and making a proposal on telephone contact. I also saw ‘classic’ mediator skill following the description of a rather nasty handover exchange. Instead of ignoring it, investigating it or seeking to establish fault she simply asked ‘how could that be done better?’ The clip ended with parents undertaking to try a modified pattern of contact in the coming weeks.

Ken invited comments. I assumed others would highlight skills, or perhaps question the intention behind some of the moves. Instead the first questioner said (something like) ‘I train mediators all over the UK. If I had been watching that mediation I would have stopped it and said “You are doing it wrong.”’ Looking around I could see others nodding in agreement. I was astonished.

Of course I can’t claim that my view is correct and others’ erroneous. Maybe Fran was doing it wrong. But an outside observer might wonder how people in the same profession could see things so differently. What exactly is mediation, if a veteran researcher can present an example of expertise and a veteran trainer can see it as worse than inept: wrong-headed, something to be stopped?

Ken did respond. First he pointed out that Fran had consistently achieved the best results in the project where he had studied her work over four years. So whatever Fran was doing appeared to work. Second he acknowledged that the ‘strategic style’ is by no means mainstream. He associates it with professions that have a strong tradition of seeking root causes, such as healthcare and counselling. And finally he made for me the most significant assertion: mediation is ‘highly context dependent’.

That rings bells. The first time I moved from family to workplace mediation it was as if I were ‘crashing the gears’. Nothing worked smoothly. I had to work extra hard for the first half dozen cases while I found my way, by trial and error, towards what was effective. The same happened with commercial mediation (for another day: in that context I have come to believe that mediators’ status and persona are as significant as their ‘moves’), within education, healthcare, professional complaints and so on. So to say that mediation is any one thing, or any one set of practices, is misleading. Mediators appear to vary quite a lot (for more on the differences between them, and between what they do and what they say they do, see Wall and Dunne, ‘State of the Art Mediation Research: A Current Review’ (2012) 28 Negotiation Journal, 217–244).

However, the idea of ownership is troubling. Who owns mediation? Who says something is right or wrong? Mediation pre-dated attempts to describe it; it is a living, evolving practice that Peter Adler has eloquently described as ‘protean’. It is supremely pragmatic. If what I have been taught doesn’t work, and I ditch it or modify it in favour of something that does, who am I betraying? My trainers or my clients? Who matters more?

It is also easy to confuse description and prescription. Mediation scholars and practitioners have been describing what they see and what they do for many years. Models have emerged. Some practice appears to work; some not. But prescribing is the teacher’s art, concerned with what should be done and what should not. I believe Ken and our other keynotes were concerned with the former, while some of the questioners were thinking of the latter. Ken showed us what occurred; the questioner said that it should not have occurred. Nearly three centuries earlier (in the same city) David Hume first identified the logical jolt in moving from ‘is’ to ‘ought’ statements.

One of the joys of this conference was that it gave us glimpse inside the black box that is the mediation room. Expert researchers, from disciplines including psychology, anthropology and law, shared what they have observed. Some of us didn’t like it; some did. My plea is for more of this. Other professions have learned the hard lesson that when scrutiny is imposed from outside the public doesn’t always like what it sees. We need to take every opportunity to open up our practice to discussion, to critique and to improvement. We need to listen to what others are telling us.

So I take my hat off to the Virtual Mediation Lab, where mediators conduct online simulations for all to see; and to all the mediators who permit serious researchers like Ken Kressel, Tamara Relis, Liz Stokoe and Ellen Waldman to observe and analyse their work. Let’s approach other people’s practice with wonder, marvelling that someone can get to the same destination by a different route.

• Focus on understanding NOT evaluating or correcting

• Focus on “critical moments”: Mediator interventions that:
o were surprising or puzzling
o seemed effective
o seemed ineffective
o interested you in any other way

• Use the appreciative inquiry “3-step”:
o Ask a question: (e.g. what were you thinking when you did that?)
o Summarise the response
o Probe for more info (e.g. why did you decide to do that then, rather than this?

• Use “supportive confrontation” when indicated.