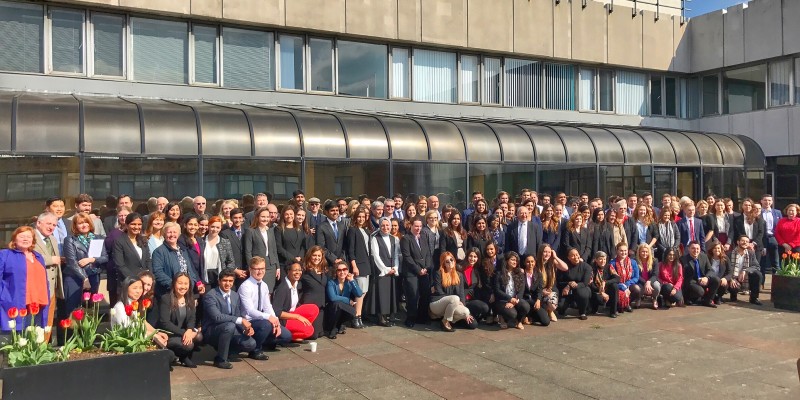 Morton Deutsch, the great social psychologist of common sense, explained the difference between competition and cooperation thus: “if you’re positively linked with another, then you sink or swim together; with negative linkage, if the other sinks, you swim, and if the other swims, you sink.”[1]Cooperation and Competition. In M. Deutsch, P. T. Coleman, & E. C. Marcus, eds. (2006) The Handbook of Conflict Resolution: Theory and Practice. San: Francisco: Jossey-Bass, pp. 23–42

2) Regaining civility. A perennial debate rages about whether, in lawyer negotiation, tough guys win.[2]See for example: Andrea Kuipfer Schneider (2002) ‘Shattering Negotiation Myths: Empirical Evidence on the Effectiveness of Negotiation Style’ Harvard Negotiation Law Review Vol 7 143-234; … Continue reading We are a long way from resolving the question, but if lawyers can be equally effective while acting cooperatively it seems healthy for society, and probably for lawyers themselves. Furthermore, if cooperation tends to induce more of the same behaviour, as Deutsch predicts, lawyers making the first move may be serving rather than harming their clients.

3) Deals that stick. Scholars have puzzled for years over why respectful treatment matters: “Those of a tough-minded bent usually find it almost impossible to believe that politeness could possibly approach the impact of the bottom line, be it a tort award, a criminal sentence, or a job layoff.”[3] Robert J MacCoun (2005) Voice, Control and Belonging: the Double-Edged Sword of Procedural Fairness. Annual Review of Law and Social Science, vol. 1, no. 1, pp. 171–201 The literature on procedural justice tells us that people are more likely to accept a decision they believe was reached using a fair process. The key marks of a fair process are voice (having a chance to speak), being heard (believing your opinion was heard AND taken into account) and treatment that is respectful and even-handed. The hallmarks of cooperation suggested by Deutsch – effective communication, friendliness and helpfulness, coordination of effort – seem likely to enhance parties’ perception of fair treatment. This in turn makes settlements less likely to unravel, perhaps explaining the counterintuitive findings that people are more likely to comply with a mediated outcome than a court decree. [4]Jennie Long (2003) Compliance in small claims court: Exploring the factors associated with defendants’ level of compliance with mediated and adjudicated outcomes. Conflict Resolution Quarterly, … Continue reading