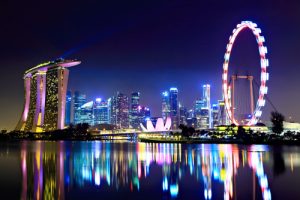 The forthcoming Singapore Convention on Mediation will be the first UN Treaty named after Singapore.

At the 51st Session of the United Nations (UN) Commission on International Trade Law (UNCITRAL) on 26 June 2018, the final drafts of the Convention on the Enforcement of International Settlement Agreements and corresponding Model Law were approved. A resolution to name the Convention the “Singapore Mediation Convention” was also approved. This concludes three years of vigorous debate with participation by 85 member states and 35 international governmental and non-governmental organisations.

Previously on this Blog, A Convention on the enforcement of iMSAs … AND a new Model Law , it was explained how UNCITRAL Working Group II (WGII) prepared the draft instruments and supported Singapore’s bid to host a signing ceremony for the Convention.

Main Features of the Singapore Convention and Model Law

Terminology
UNCITRAL developed the Model Law on International Commercial Conciliation (2002 Model Law) in 2002. The new Model Law seeks to revise this, primarily by replacing the term “conciliation” with “mediation”. WGII recognized that the terms ‘mediation’ and ‘mediator’ were more widely used and changing the terminology would make it easier to promote and enhance the visibility of the Convention and Model Law.

Mode of Enforcement
The Draft Convention provides flexibility and autonomy to the State Parties in not prescribing a specific mode of enforcement. Instead it lists conditions to be fulfilled in order for a State to enforce a settlement agreement under the Convention, i.e.:
– “in accordance with its rules of procedure, and
– under the conditions laid down in this Convention, in order to prove that the matter has been already resolved” (for applicable conditions, see Articles 2(1) and 4).

Enforcement application
According to Article 4, a party relying on a settlement agreement shall supply to the competent authority of the State where relief is sought, the following:
(a) the signed settlement agreement; and
(b) evidence that the settlement resulted from mediation

The penultimate and last grounds, relating to mediator conduct, align with Articles 5(4), 5(5) and 6(3) of the 2002 Model Law on International Commercial Conciliation.

In addition, pursuant to Article 5(2), relief may be refused where it is “contrary to the public policy” of the State in which enforcement is sought or the “subject matter of the dispute is not capable of settlement by mediation under the law of that State”.

Unlike the New York Convention (which does not specifically address reservations), the Singapore Convention expressly permits a number of reservations including in relation to whether or not the Convention would apply to the government of signatory state (Article 8).