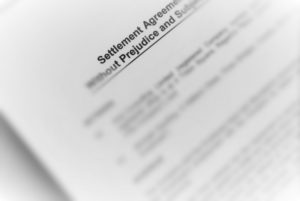 A recent decision in the Ontario Superior Court arising from a mediated settlement agreement reminds mediators and lawyers alike that settlement agreements are contracts like any others and will not easily be set aside. The case also leads one to ponder an interesting ethical issue for mediators.

Jamie Kearns (Kearns) was a long-time employee of Canadian Tire Corporation (CTC) when his employment was terminated, without cause, in the summer of 2018. Kearns brought an action for wrongful dismissal. The parties attended a mediation in December 0f 2018 and successfully negotiated a settlement agreement providing for the payment of $150,000 (all figures in Canadian dollars) to Kearns in addition to amounts he had already been paid.

Subsequently, CTC’s representative at the mediation discovered that unbeknownst to him at the time of the mediation,  CTC  had made a payment of about $115,000 to Kearns, in error, prior to the mediation. CTC demanded this erroneous payment be taken into account and only sent the difference in funds in satisfaction of the obligations under the settlement agreement.

Kearns brought a motion for judgment to enforce the settlement agreement while CTC brought a cross-motion requesting that the erroneous payment be taken into account.

Justice Cavanagh  quoted approvingly from G.H.L. Fridman, Q.C. on The Law of Contract in Canada, Fourth Edition (Toronto: Carswell,1999) at p. 274: “The converse of the proposition as to knowledge of the other party’s mistake is that if the unmistaken party is ignorant of the other’s mistake the contract will be valid and neither rescission nor rectification will be possible.”

Ultimately the decision turned on this. CTC was unable to prove that Kearns, who acknowledged earlier receipt of the $115,000, was aware that the amount had been paid in error and the Court accordingly upheld the settlement agreement while at the same time awarding costs against CTC in excess of $40,000.

An interesting aspect of the matter was the efforts by CTC to prove that Kearns knew that the $115,000 payment had been made in error. It was suggested that the amendment of the settlement agreement at mediation, at the request of Kearns, to include the words, ““[i]n addition to the amounts already paid” was evidence of Kearns’ knowledge that a mistake had been made.

I disagree that there is a paucity of evidence on the question of the plaintiff’s knowledge. The plaintiff was directly asked, on cross-examination, whether he knew that the November 23, 2018 payment had been made in error and he responded directly that he was not so aware. It was open to the defendant to ask follow-up questions on matters that were not the subject of solicitor and client privilege. The defendant was not successful in obtaining an order which would allow it to obtain privileged information from the plaintiff and his legal counsel, and no motion for leave to appeal was made from the order of Master Jolley. For reasons I have given, I also disagree that there is any evidentiary basis for me to infer that the plaintiff was “wilfully ignorant” when the Minutes of Settlement were executed.” (paras 36-38)

Why is this case important to lawyers and mediators? It highlights the need for meticulous preparation by lawyers prior to mediation including double-checking the facts upon which positions are based.

As for mediators, while there was no evidence of the following, in this case, let me propose a hypothetical. What if the mediator had learned of the $115,000 payment made by CTC prior to the mediation in private caucus with Kearns and his lawyer and had been specifically asked by them to keep that information confidential? What should a mediator do when this kind of situation arises? What considerations apply and how should they be weighed? I’d be interested to hear from readers of this Blog about how they would handle this situation.