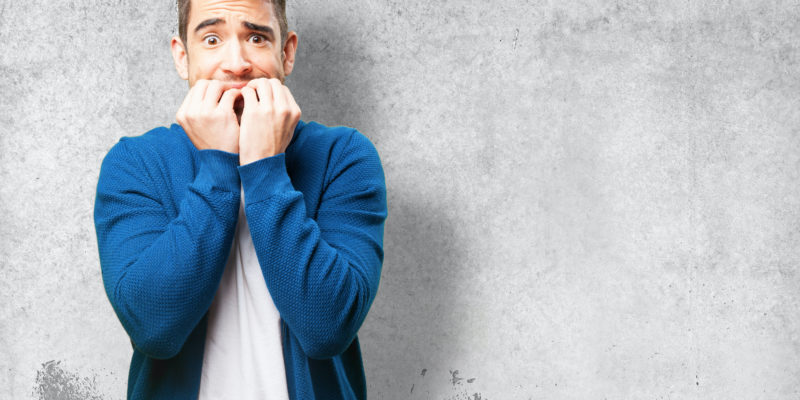 “I think the EU will need to move significantly on both those key points because they’re points of principle.” (Dominic Raab, UK Foreign Secretary, speaking on the BBC this morning)

The Brexit negotiation, despite its dizzying stakes, has triggered a fair amount of wry humour. I’ve poked gentle fun at the protagonists myself: Brexit Irritators: Davis and Barnier on Negotiation; The Brexit Negotiation: More Irritators. But today isn’t funny at all, my stomach tightening at the thought of the chaos and recrimination to come. The trigger? The dread phrase ‘point of principle.’

Of course there is nothing wrong with principle, at least in principle. It’s usually a compliment to say someone is a person of principle, though with perhaps a whiff of stubbornness. Most mediators, however, develop a learned response of dismay on hearing the words ‘point of principle.’ It tends to spell impasse, intransigence and, at times, a downward spiral of mutual misunderstanding.

While I knew this subjectively, I was surprised to find confirmation in my research. I interviewed a sample of mediation clients to find out the thinking behind their settlements. Why did they settle? And did they regard it as fair? (1)

When I came to analyse the interview transcripts I noticed a sub-theme cropping up under fairness and justice: point of principle. These were statements that either used those exact words or conveyed a similar meaning. For example:
‘somehow the thought that a company that treats people like that is called to account – kinda put to inconvenience’;
‘at that point, it became principled… I thought no, you know what, you’re not getting away with it, I’m not walking away from this’; ,
‘it was a Phyrric victory in a way but I think I’m a person that… point of principle, I’m afraid… that was just like a red rag to a bull.’

These responses illustrate something crucial but overlooked about the point of principle. It has little to do with principles and everything to do with the behaviour of the other side. For almost all the people I interviewed, the phrase or sentiment was a proxy for saying ‘I have been insulted.’ Most cited negotiation moves, before or during the mediation, that diminished trust and raised the temperature. Particularly negative were threats, intransigence, going back on one’s word and unilateral action.

The perceived insult became a more significant driver of their actions than economic rationality or convenience. Beersma et al (2) found that insults tended to trigger greater conflict, more negative emotions and the use of distributive rather than integrative bargaining. Bleiker et all describe insults as ‘a challenge to an individual’s very existence, including their integrity as a social being’; fighting back helps to reclaim a sense of ‘sociality and harmony’ (3).

What did we do to offend you?

I can’t guess what is inside the minds of the Brexit negotiators. They have enormous responsibility and complex constituencies. I imagine it is supremely tricky to separate out their own responses from those of the people they speak for.

Another irony of negotiation is that we tend to know much more about our own perspective than the other side’s. Living in the UK we are pretty clear about the EU’s perceived insults, as far as our government sees it. Dominic Raab expanded:
‘What we’re not going to do is sacrifice the most basic points of democratic principle, whether it’s being the only country in the world that’s an independent coastal state without the control of our fisheries, or allowing control by the EU over our laws when we’ve left, and the whole point of leaving the EU was to have democratic control. No other country would accept that, nor would the EU in relation to its dealings with third countries… .

Sounds pretty straightforward, doesn’t it? Well, no. I picked up some clues about the opposite perspective from Katia Adler, the BBC’s European Editor. She quoted an anonymous European insider:
‘So, they want to blackmail us by breaking international laws and an agreement that we signed less than a year ago, and then they remove the offending clauses but hold it over our head in case we don’t do what they want, and we should say thank you?’

Is there a way forward?

By this late stage in a negotiation, from a mediator standpoint, the appearance of the point of principle is bad news indeed. If Dominic Raab had simply announced: ‘We have been deeply insulted by the European Union’ we would at least know where we stand. As I learned from my small claimants, once they perceive an insult, economic and rational considerations play little part. What comes next is more about punishing the other than preserving their own wellbeing.

Despite all this it seems too early to give up. Mediators know that it isn’t over until it’s over – and beyond. A good proportion of mediations end in impasse yet settle in the aftermath. Perhaps failure helps people look into the abyss and wonder if the price for their point of principle is worth paying. I end with very simple advice from an English solicitor: ‘The general rule of thumb on ‘points of principle’ is that they are very, very, expensive.’ (4) My fingers are crossed that the in the next few days some of the protagonists will offer each other face saving ways out of this unhappy tunnel.