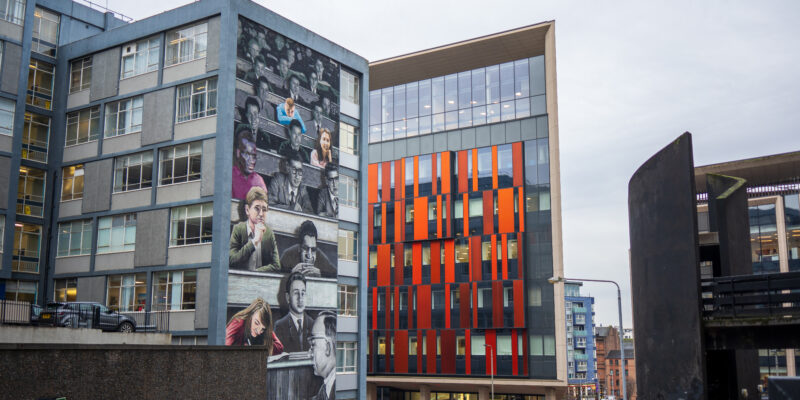 By the everyday miracle of Zoom, Carrie Menkel-Meadow spoke from her LA office to a Glasgow conference with a worldwide audience. Wrapping up ‘Learning by Doing,’ the UK’s first conference devoted to mediation clinics, her keynote described the inspiration for a whole career: a colleague in her legal aid office in the 1970s. While Carrie won cases that seemed to make little difference in practice, the other ‘picked up the phone and called directly – the social worker, the landlord, the employer – and just tried to work it out.’

Carrie famously went on to write about lawyers as problem solvers. And when she started teaching mediation to law students, a clinic was essential: ‘It’s impossible to learn without doing it.’

Learning by doing is a phrase attributed to John Dewey, influential American educationalist and philosopher. Also described as experiential learning, his approach sought to shift the ‘centre of gravity’ so that ‘he [the learner] is at the centre’ (Dewey 1900, cited in Ord, J., 2012, John Dewey and Experiential Learning : Developing the theory of youth work. Youth & Policy, 108, 55–72, 65.) He saw experience as a transaction between the person and their environment, a two-way process involving ‘trying’ and ‘undergoing.’ We act on the situation and the situation acts on us.

Few activities fit the bill better than mediation. Can you imagine learning it from a book? It would be dry as dust. We have to ‘try’ it. And when we do, we ‘undergo’ the experience of being a mediator in other people’s conflict. That affects our thinking, not just after the event but as soon as we open our mouths. This is real-time learning: Did that phrase land well? Is she responding to this question? When I interrupted their argument, did it improve the interaction?

When working as mediators, we have little choice but to answer these questions on the go. If one approach doesn’t work, we try another. If something clicks, we remember it for next time. Donald Schön, echoing Dewey, characterised this as ‘reflecting in action.’ We can also think back on what took place: ‘reflecting on action’.

In my own keynote I paid tribute to my early mentors. One experienced mediator had enough patience and fascination to chew over with me the tricky family disputes that came our way. Hours of teasing out what happened, what worked, and what spectacularly failed, deepened my understanding. They also helped build a repertoire of moves and interpretations, doubtless creating my ‘personal schema’ of practice. Kenneth Kressel describes schemas as ‘largely unconscious and highly personal ideas that mediators hold about the nature of conflict, the goals to be attained by intervention, and implicit intervention “scripts”‘ (2013, pp. 710/711).

These experiences highlight another important contribution of mediation clinics: they foster reflective practitioners. I benefited from being part of a community of practice where people more expert than me had the generosity to listen and share. I was also asked to reflect in writing after each case. And so, from the start, our clinic has asked student and lead mediators to complete review forms, which I read and comment on.

The conference took place during a global pandemic. It was entirely virtual, hosted by University of Strathclyde but open to anyone with Zoom. Our Chair, Patrick Scott, referenced Dickens: ‘It was the best of times, it was the worst of times.’ We all know the downsides of this moment, even if we’re lucky enough to be safe: no meeting and greeting; no chance conversations; too much staring at screens. And yet, being human, we also look for silver linings. And here’s one. The Zoom age has shrunk the planet. 120 people joined us from across the UK, India, Lebanon, Georgia, Kenya and Ireland, with a keynote from the US.

As well as learning by doing, we learn from one another. The conference acted as a mini ‘gathering-of-the-clans’ after months of lockdown and isolation. One of the workshops, facilitated by Strathclyde volunteers, touched on the impact of Covid on mediation practice. Remote mediation has some upsides: convenience; comfort (of your own couch); accessibility; reduced anxiety; and a surprising ability to read people’s emotions on a small screen. But there are drawbacks: tech troubles; distractions (kids, pets); less investment in the process; ‘Zoom fatigue,’ More poignant is the loss of ‘spaces in-between’, those incidental encounters, like shared coffee and cakes, that humanise a face-to-face mediation.

We learned from experts. Two of the UK’s leading researchers into small claims mediation, Margaret Ross and Sue Prince, shared what their work has taught them. Both see the justice system making more use of mediation in future, particularly given other pressures on court time.

We learned from the justice system. Heloise Murdoch (manager of Edinburgh Court Mediation Service), Patrick Scott (also a volunteer mediator) and Summary Sheriff Michael Hanlon (a judge responsible for referring cases to the Clinic) described the practicalities of working with the courts. Clinics can bring about system-wide change as they demonstrate, incrementally, the simple truth that people tend to like mediation better after they’ve tried it than before.

And we learned from politics. Interviewed by Craig Cathcart, Margaret Mitchell MSP described the short hop from a politician’s encounters with day to day problems to promoting mediation legislation. Margaret’s Mediation (Scotland) Bill consultation seems likely to influence future Scottish governments with an eye to improving access to justice.

Mediation clinics, then, should not be seen as an optional extra. ‘Learning without doing’ makes little sense. My first students told me so, prompting the founding of our clinic at Strathclyde. Role-plays and simulations take learners some of the way; but there is nothing quite like real-world conflict to raise the stakes and sharpen the senses. It’s not that our choices in simulations don’t matter. It’s just that they matter so much more when we’re working with real people.

The conference reminded us that learning and doing are inextricable. This is good news for universities, who constantly strive to make their ‘ivory tower’ knowledge useful to society. It’s also good news for mediators. It’s never dull because we’ve never arrived. Even the most fiercely pragmatic have their theories, reasons for doing one thing rather than another reinforced by a career of trial and error. Learning by doing just never stops.