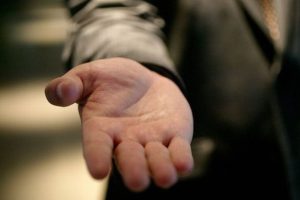 While The Kluwer Mediation Blog is aimed at an international audience and often deals with issues of transcendent import to those interested in the mediation process (like Bill Marsh’s recent inspiring post on Leadership) I can’t help but comment on recent Ontario decision that will be of interest to the mediation community here, and perhaps beyond.

The single issue on the motion was whether an insurer was required to pay the full cost of a recent mediation involving a motor vehicle accident or only half the cost. The plaintiff argued that s. 258.6(1) on the Insurance Act required the insurer to pay the full cost while the defendant argued that s. 4(2) of O.Reg 451/98 made under the Administration of Justice Act requires that the costs of mandatory mediations conducted pursuant to Rule 24.1 of the Rules of Civil Procedure are to be shared equally by the parties.

The mandatory mediation program started in Toronto on January 4, 1999 and Ottawa and Windsor on December 31, 2002. A large number of motor vehicle actions are commenced in those three cities every year. Yet, to my knowledge, this is the first time this issue has been argued before the Court.

Justice Spies went on to observe, “The clear intention of the Insurance Act was to allow a plaintiff to request a mediation to be paid for by the insurer in the hope that the action might be resolved. The policy reasons seem clear – I do not think it is meant to apply only where a plaintiff is impecunious … Clearly the legislature assumed that in these circumstances the insurer is in a better position to absorb the costs and pay for the costs of the mediation.”

What will be the impact of this decision? As I’ve previously lamented on this Blog, we live in  a time when there is some hand-wringing about the future of commercial mediation in Ontario. Recently perceived trends include declining settlement rates, increased fee pressure on mediators and a detectible ossification of the mediation process itself. This new decision, while it seems undoubtably correct, may well accelerate those negative trends as it lumbers increasingly cost-conscious motor vehicle insurers with the full cost of mandatory mediations in the largest urban centres in the province.

How will those insurers react? One prediction is that they will be more prone to insist on using “roster mediators” for the vast majority of mandatory mediations. Roster mediators are those on the list of approved mediators in each of the cities who have agreed to conduct mediations at the “roster rate” that starts at $600 for a two party, three hour mandatory mediation. This compares to non-roster mediator fees in a range of $3,000 – $6,000, or more for a two-party, full day mediation. What other consequences may flow only time will tell.

Still, for all the unintended consequences that may flow, one aspect of this decision is very good news for Ontario mediators. In the face of the defendant’s argument that the motion was frivolous and the issue of who pays could have been determined at the end of the action, the Court declared, “The mediator is entitled to be paid now so it is only fair that who should pay be determined now.”