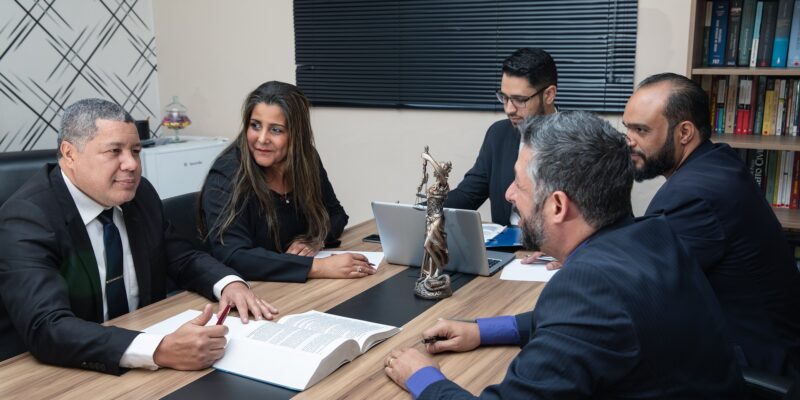 “The world is made, not found.” (W Barnet Pearce)

I had been a mediator for about 10 years before I heard parties’ initial words described as their “opening statement.” This may surprise some readers, though probably not if they began, like me, in family mediation, nor community or workplace. Other descriptions are available, as our broadcasters say. I set out below a range of alternative approaches to this crucial invitation. In reconsidering opening statements in mediation I’m not suggesting one way is superior to another. I hope, rather, to hold our practice up to the light and think about the world we make with the words we choose.

One caveat: the term “opening statement” can also describe what the mediator says before the parties open their mouths. That’s not the focus of this blog, though Folger and Bush’s assertion: “The opening statement says it all”(1) applies equally well to both. Words have consequences, and the language we choose at the start sets the tone for what’s to come.

Family mediators tend to work directly with their clients. Lawyers are rarely present and it’s exceptional, in this jurisdiction, to make much use of private sessions (caucus). Mediator intros are brief. Parties are too busy with their own thoughts to take in much of what’s said. I don’t recall being taught a precise formula for the next step in a mediation, but the aim was clear: identify “the issues.” Family mediators learn early that inviting someone to tell their story is asking for trouble. Some ramble; some accuse; some start away in the past; some wind themselves into fury or sadness. So we stress brevity. I think my initial opening was: “What would you like to talk about?” I soon stole a better phrase from a colleague, and my standard invitation was shaped: “I’m going to ask two simple questions: what do we need to tackle and what do you hope to achieve?”

Notice the choice of pronouns. “We” are going to tackle things, informed by what “you” hope for. The mediator consciously promotes joint problem-solving while keeping an eye to the future. The world we hope to bring into being is one where separated parents make the shift from adversaries to allies. It’s painstaking, one-step-forward-one-step-back work. It can take several sessions and the focus is relationships as much as resources. Some find family mediators controlling, though we’d probably counter that we’re keeping things on track. In this blog I described a fellow-practitioner telling a conference that a family mediator “got it wrong.”

Workplace mediators also work directly with the individuals concerned, though as disputes escalate parties are more likely to be accompanied by representatives. Despite sharing a working relationship, people may have endured years of unhappiness. Their livelihood and identity probably feel under threat. Unlike family mediation, there is no “best interests of the child” to provide a shared incentive. Many consider severing the relationship, whatever the cost, rather than continue in an unbearable situation.

Workplace mediators also tend not to ask for opening statements. As well as the length and accusatory tone described above, the term’s formality invites an adversarial approach. It mirrors formal processes like grievance procedures, where the logic is to convince the authority figure (now the mediator) that the other person is in the wrong. This tends to trigger equal and opposite accusations from the other party. The session can rapidly descend into an attack/defend spiral.

A good example of an alternative beginning can be seen this mediation video by ConflictMasters. First the mediator asks parties to “explain to each other” three areas (discussed in pre-mediation):
1) “What you feel has brought us to the point we’re sitting in mediation today?
2) What’s been the impact of what’s happened on each of you?
3) And what you see as the way forward?”
She deflects the flow of information away from herself; it will be between the people concerned.

They could of course still seize the opportunity to rehearse their grievances. However, this invitation sets the scene for a broader discussion including both personal impact and future improvement. The mediator gives herself permission to move the conversation along if it gets stuck on past difficulties. The world workplace mediators are trying to make is a problem-solving conversation between colleagues. It can be difficult and painful. But the goal is to find a way forward they have shaped and, as a result, can live with.

I’m not a community mediator, nor have I had that training. However, I’ve noticed those colleagues using yet another expression for what comes next after their introduction: “uninterrupted time.” This seems infused with a commitment to empowerment and implies a certain mediator minimalism. If the parties begin to negotiate unaided most community mediators are happy to take a back seat. Scottish community mediation organisation, SACRO, claims this lets parties “state what has been happening, how it is affecting them, and how it feels.”(2) The world this term seeks to make is one where people have the chance to speak on their own terms, at their own pace and about their own lives.

Here we draw closer to a world familiar to lawyers. We have “disputes” rather than conflict, “parties” rather than people and “settlement” rather than resolution (despite the blanket term dispute resolution). Mediator websites prime their clients to prepare opening statements(3) as well as written “position statements”(4). Tips for the opening statement itself include “Focus on litigation risk”(5); “demonstrate that you are a worthy adversary… remember [it] is about convincing the opposing party that you have the better case”(6); and the rather stark admission “it gives both counsel and the mediator an opportunity to see how the party would come across during a hearing or trial”(7).

What world are we making? To be fair to the commercial mediation community, mediators’ websites mostly stress constructive possibilities for the opening statement. Lawyers and clients are encouraged to avoid personal attacks and tee up a cooperative exchange, while not being a pushover. One US site wisely reminds us that “the objective of the mediation is that of reaching agreement”(5). In practice, however, recent evidence suggests that despite these good intentions a good number of lawyers equate opening statements in mediation with opening remarks in court.

Debbie De Girolamo’s fascinating study of commercial mediators applies Goffman’s concept of “frames” to “answer the question ‘What is going on here?’”(8) A frame has a primary meaning (e.g. opening statements as a constructive start to negotiations) but this can be altered or keyed by what actually takes place: “the activity of the primary frame is transformed into something other than that provided by the original frame” (9).

Before the mediation she observed mediators and lawyers discussing opening statements that would encourage settlement. Yet in the mediation itself the claimants’ solicitor quickly keyed the frame, narrowing the focus to bolster his clients’ position. The defendant’s solicitor then re-keyed the frame to stress his own confidence and strength. As a result the mediation morphed into “a strategic bargaining game where perceptions of weakness are defended by shows of strength underpinned by tactics of the competitive bargainer” (10).

Some may not find this particularly shocking. After all, both parties want to do as well as they can, even in mediation. Yet it is hardly surprising that the term “opening statement” contains an implicit invitation to litigators to do what they know best. In court the open statement is pitched at an adjudicator. It has no business emphasising willingness to settle; quite the opposite. It is rhetoric, highlighting strengths, downplaying weaknesses, and parrying the opponent’s attacks. In the mediation above, the frame of cooperative resolution is immediately changed into something else. Once invited to make opening statements, the lawyers conduct adversarial debate.

What world are we making?

Opening statements in mediation will be with us for a while yet. They undoubtedly serve a purpose. The term conveys a need to prepare along with a certain formality. However, words carry multiple meanings, and mediators need to be aware of the world “opening statement” can create. Like the word “neutral” it is a borrowing from legal culture. It can therefore engender a world of zealous advocacy and adversarial debate, or at least of negotiation in the shadow of the court. If that’s what mediators seek, well and good.

The time may have come, though, to rethink the invitation. I’ve laid out examples from other contexts. Commercial mediators have shown great ingenuity holding space for cooperative, problem-solving negotiation in a litigation setting. I look forward to hearing of alternatives to the opening statement that invite parties into the world mediators want to make.

1) Folger, J.P. and Bush, R. A. B. (1996) Transformative mediation and third-party intervention: Ten hallmarks of a transformative approach to practice. Mediation Quarterly 13(4) 263–278.

3) Vinden, P (2016) Preparing for Mediation: The Power of the Opening Statement

7) Schnapps, M. (2019) Open With Strength: The power of opening remarks in mediation!