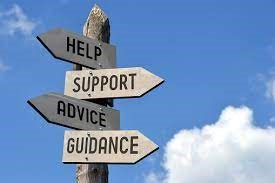 Today’s mediation scenario embraces a wide range of circumstances in which disputants of all kinds find themselves engaging with a mediator. Once it became apparent to lawyers and arbitrators that mediation could not be dismissed as a passing fancy, judges in various jurisdictions who were concerned to improve the judicial system to make it “just, quick and cheap” (note the comma) would initially recommend mediation by a mediator chosen by the parties; direct that no hearing date for the trial would be allocated until mediation had been attempted; and impose costs sanctions on successful litigants who had unreasonably declined to mediate before trial.

Federal and State courts in Australia are empowered by legislation to refer any proceedings for mediation either with or without the consent of the parties. Other legislation requires parties to engage in mediation before they may initiate proceedings before a court or tribunal. Examples of such early intervention include disputes over retail and commercial leases , farm mortgages, thoroughbred racing broadcasting and complaints involving a small business .

Why are institutions uniquely placed to support mediation?

Public institutions and large not-for-profit organizations face intense scrutiny from an increasingly cynical and critical constituency. Communities, subscribers and customers are readily alerted to disputes when they arise and want evidence that they have been satisfactorily resolved. Mediation extends the repertoire of these organizations to achieve this goal.

What are the challenges?

Mediation models that are not fit for purpose.

In Australia, governments at all levels engaging in large projects which affect the public often have a statutory requirement for community consultation and dispute resolution, which includes mediation. However, mediation in these circumstances is usually the last item on the agenda and, by the time it takes place, the dispute is deeply entrenched, the community is angry and upset, highly suspicious of the motives and intentions of the government representatives and, even if a “settlement” is reached, dissatisfied with the outcome and forever mistrustful of officialdom.

Mediation models from which we can learn.

There are organizations which present important models of successful and appropriate use of mediation, showcasing the value of dispute resolution design to create bespoke dispute resolution processes. An example is Resolution Pathways , developed and led by award winning mediator Shirli Kirshner , which, using triage, helps music creators and music users choose an appropriate pathway to resolve disputes within the music industry. The process is supported by a panel of expert mediators.

A world-leading example of “fitting the forum to the fuss” is Triage Resourcing Modality Matrix (TRAMM), designed by Danielle Hutchinson for the the Dispute Settlement Centre of Victoria. As described in Rosemary Howell’s blog , TRAMM, now known as MyDRHub:

• Collects and makes sense of all the information collected at intake;
• Factors in the context of the dispute;
• Identifies the process that is the best match for the parties (triage);
• Allocates appropriate resources; and
• Uses ongoing satisfaction measures to validate triage consistently.

Some steps for the future.

As a mediation community, it is time for us to become more active in promoting the promise of mediation and the role that organizations can play.

• We need to identify and continue to give exposure to organizations that have taken mediation seriously and can demonstrate its effectiveness when used appropriately.
• We need to find ways to combine our influence to encourage regulators to explore what mediation is, how it works and where it fits.
• We need to train law school students in the skills of interest-based negotiation and mediation advocacy, so that, in the years ahead, lawyers and judges from the presently upcoming generation will understand that mediation should take place as early as possible rather than after all the issues for trial have been clarified.

It is time for us to be more strategic in turning the promise of mediation into a reality.